Cellist Sung-Won Yang has performed throughout the world as a soloist and chamber musician. He has given solo and chamber music concerts in such prestigious venues such as Alice Tully Hall at Lincoln Center in New York, the Salle Pleyel and Théâtre des Champs Elysées in Paris,  the Concertgebouw in Amsterdam,  the Terrace Theater at the Kennedy Center in Washington DC, the Musikverein in Vienna, the Opera City Hall in Tokyo, Symphony Hall in Osaka and the National Center for the Performing Arts in Beijing.

His recitals have also brought him to other leading cities, such as London, Rome, Frankfurt, Madrid, Prague, Helsinki, Boston, Seattle, Tel Aviv, Shanghai, Sydney and many others.

Sung-Won has collaborated with musicians such as Christoph Eschenbach, MyungWhun Chung, Yuri Bashmet, DongSuk Kang, Nobuko Imai and Pascal Devoyon, among many others. His performances of the Saint-Saens Cello Concerto, Brahms Double Concerto, and Tchaikovsky’s Variations on a Rococo Theme with the Orchestre Symphonique Francais were broadcast on French National TV and all over Europe.

As a frequent performer of contemporary music, he regularly commissions new works such as a trio for violin, cello, and DaeGum (Korean traditional wooden flute) by Korean-American composer Jee Young Kim (2006) and a trio for piano, violin, and cello by French composer Pierre Charvet (2006), which was premiered in Saint-Nazaire and Paris. 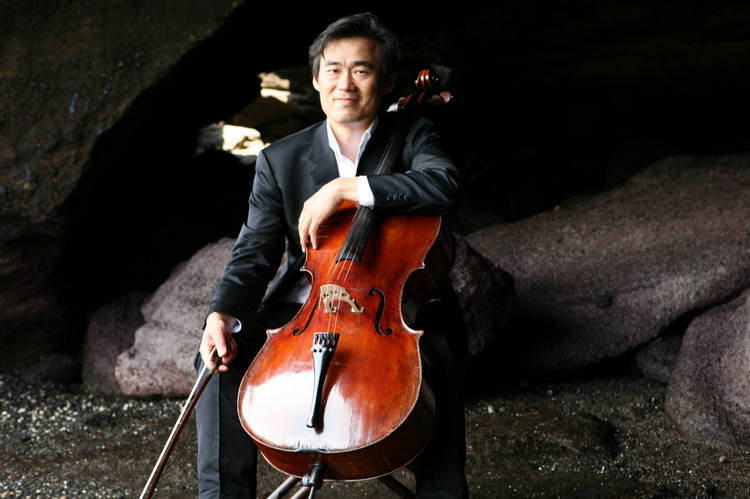 HOW TO GET THERE

17.00 Guided tour of the Medieval Village, the local handcraft shops (gratis, donation can be offered), the Museum of the Territory and of the Church of Santa Maria di Monserrat – €2.50/person, discount for groups. The tour starts at 17:00.

The village of Tratalias is located in a plains area in the Sulcis territory overlooking the Gulf of Palmas.

There is no actual reliable information on the town’s creation date due to lack of sources. It is probable, however, that Tratalias was founded around the year 1000 as a modest village, permenantly  inhabited since then, mainly by farmers and shepherds.

The town was built 17 mt above sea level. It extended into the plains just before the Rio Palmas floodplain along the country road Tratalias-Narcao, thus taking on an elongated shape with an irregular plant as often happens in the southern part of Sardinia.

The oldest part of town is situated near the Romanesque Cathedral or, the old town center. Its basic structure  has been maintained since Medieval times, period in which the town reached its maximum expansion.

The farmlands, reaching the village dwellings, were separated only by the home gardens and courtyards. All of the houses in the old part of the village were built according to the vernacular architecture, typical of southern Sardinian culture, mono-family row houses, mainly built on one level. The front door went out directly into the street while the courtyard was located in the rear.

You can still admire the different types of housing some of which have already been restored: the manor house of the wealthy owner, built according to the palattu type (palace) on two floors with large windows embellished with wrought iron balconies that had side gates that allowed direct access to the “lollas” (courtyard)  in the rear of the house; the farm workers, shephard servant and miners’ houses, were on one level and grew as the family grew.

The majority of the houses have maintained the original and traditional structure intact, type-wise and material-wise, precisely because the inhabitants were aware that sooner or later they would have had to abbondon the town center; for this reason all interest was lost as to modernization and renovation as was usually the case before the patron saint festivities.

VISIT THE MUSEUM AND WORKSHOPS

Particularly interesting, in the village’s church square, is the Spanish House, of which a first restoration of the original plant (12th-13th century) was carried out in the 17th century. Rooms were added to the original nucleous which now host the Museum of the Tratalias Territory as well as the cart that carries the simulacrum of the Virgin of Monserrato on Sunday of The Ascension. A ritual that goes back to when the Episcopal headquarters were transferred to Iglesias. For reservations call: 0781-688046

Behind the church  is an area that hosts some handcraft workshops, antique dwellings transformed into tutorial workshops run by the volunteers of the “Is Maistus Association”. Here you can see how certain artifacts (ceramics, linen, byssus fabric, lentisk oil, paintings on fabric, wood sculptures) are made. You can also visit the miniature exibition of the Tratalias Festival “Sa Festa Manna” as well as the “Sa Domu de Zia Crara“, an antique dwelling, decorated with traditional furniture, run by the Gardia Sulcitana Association. For information call: 340-241831. 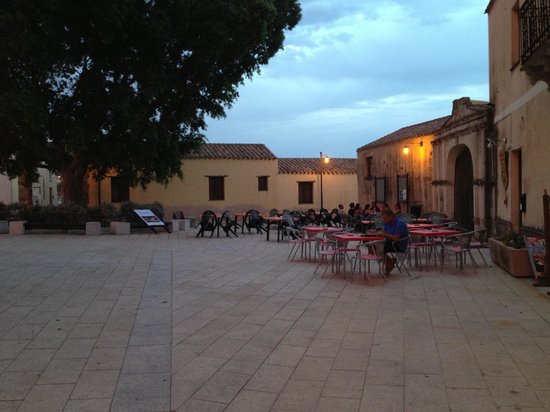 Pizzeria and Restaurant serving traditional Sardinian cuisine as well as seafood. Here you can find the authentic flavors of home cooking. For info and reservations call: 0781 697003 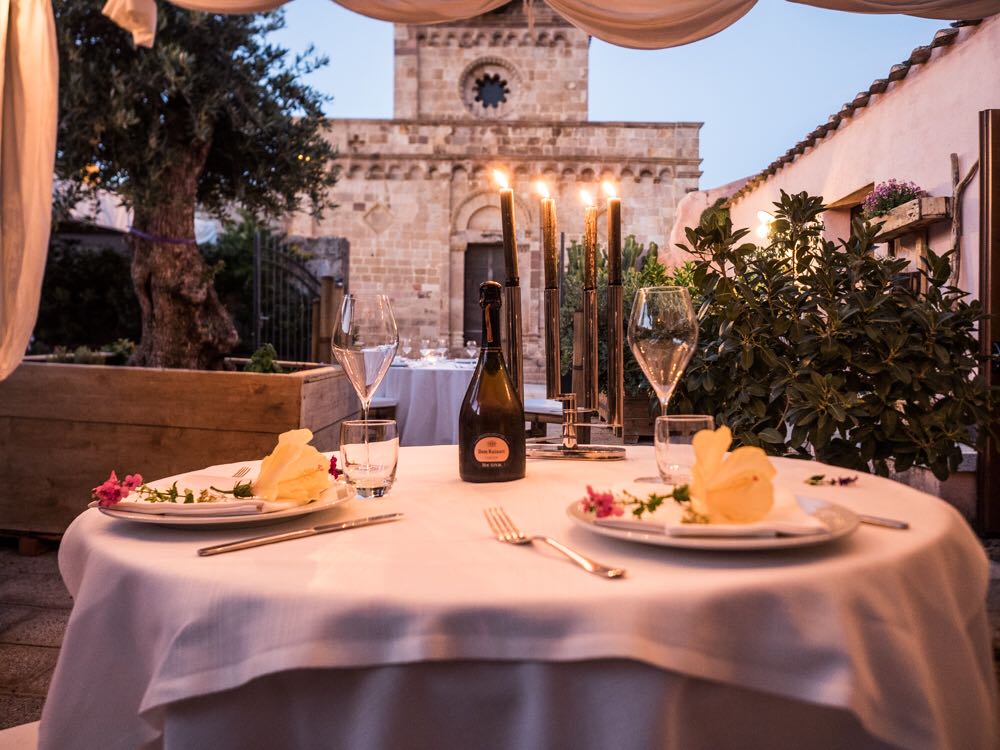 Well cured cuisine, respectful of tradition with fresh fish and high quality products in a refined location with a magical atmosphere.
For info and reservations call:  340  4668760 / 0781  688376

Genuine products that come largely from the owner's farm. The structure stands on a hill overlooking the dam and the ancient medieval village.

Situated in an excellent location for nature lovers, the farm is surrounded by about 10 hectares of hills at the foot of Mount Pranu, in an area rich in history and culture.

Magical and completely immersed in nature, surrounded by animals and the Sardinian countryside. It is a farm that focuses on organic food and true relaxation

Immersed in the Tratalias countryside, the structure is an old restored "medau" that maintains its original architecture of an ancient Sulcitano farmhouse.